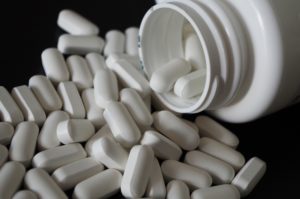 A very commonly prescribed opiate-based painkiller is Vicodin, also known as hydrocodone. The prescribing physician, as well as on the pill bottle, will warn that taking the medicine and operating a motor vehicle can lead to impaired driving ability. However, people still drive after taking it.

Driving under the influence is unsafe and can lead to being arrested for DUI in Delaware. If you are facing Vicodin DUI charges in Delaware you should call an experienced Delaware Attorney.

A Delaware DUI conviction can disrupt your life now and in the future. this is true even if it is the first offense. Once convicted you will face severe fines, fees, increased insurance premiums and a loss of driving privileges.

If you were found with illegally obtained, black market or internet purchased Vicodin in the car at the time of the DUI arrest you will face additional charges related to the drugs such as drug possession and illegally obtained prescription medications. The penalties for these charges can be significantly more severe than the DUI charges. A Vicodin arrest can involve fines, fees, community service and jail time.

Signs Of Driving Under The Influence Of Vicodin

There are several signs that can indicate that you were possibly driving under the influence of Vicodin. These signs can be used to influence an officer’s decision to arrest you. They can also be used as evidence against you in court. They are:

You should immediately call Dover Delaware  Drug-Induced DUI Lawyers in the Lw Offices of Murray, Phillips & Gay to discuss your case by dialing 302-855-9300. Or, you can contact Delaware Hydrocodone DUI Defense Attorneys. You need an experienced and aggressive defense attorney who truly has your best interest in mind. Let us use our experience, knowledge, and resources to work for you.

We also routinely defend non-Delaware residents who have been charged with DUI, drugged driving, traffic violations and drug crimes in surrounding states.