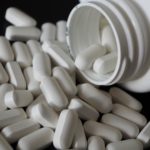 Many people receive Ambien prescriptions for sleep disorders. When used as directed it can help those who battle insomnia and other sleep disorders. If you do not use the medication as directed, it can end disastrously for you. Do not mix Ambien with other drugs and or alcohol.

Ambien can induce something similar to a blackout. It is a sedative-hypnotic and can cause users to sleepwalk and, in some cases, sleep drive, which puts you at risk of crashing, injuring yourself or others, and receiving a DUI. If you are charged with driving while under the influence of Ambien in Delaware, you should speak with a skilled and experienced Defense Lawyer.

With Ambien being a hypnotic drug, you may not recall the events that follow after you ingest it. Some people take Ambien and attempt to stay awake to feel the short-lived buzz that precedes the blackout. Other people take Ambien as directed, and may still unknowingly ‘sleep drive.’

A Delaware Ambien DUI conviction can disrupt your life now and in the future. The disruption is true even for a first offense. Once convicted you will face the following consequences of a DUI in Delaware:

If you obtained the Ambien illegally, you face additional charges such as drug possession and illegally obtained prescription medications.  The penalties for these charges can be significantly more severe than the DUI charges and can involve fines, fees, community service and jail time.

The FDA maintains that due to Ambien’s effect, any sleepwalking, sleep-driving or any other acts may be considered involuntary acts. Involuntary acts due to a medication’s effects may serve as a defense in a Delaware DUI.

On the flip side, if it is proven that other factors contributed to the DUI then the involuntary act defense may be nullified. Examples of these can be: