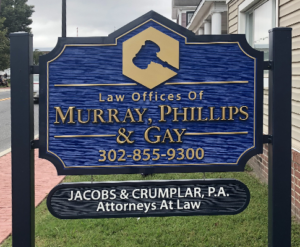 In today’s world, largely due to technologies such as the internet and cell phone cameras, juveniles are being charged with sex crimes. Oftentimes these crimes are not the same as adult sex offenses but if convicted the penalties can be equally as severe and life-altering.

If your child has been accused of a sex crime in Delaware please contact a Delaware Attorney handling Juvenile Sex Offenses. Contact the Delaware Lawyers at the Law Offices of Murray, Phillips & Gay to discuss your child’s rights and how to protect them in the face of their pending criminal charges.

Mr. Phillips can be reached at 302-855-9300. You can also email Delaware Underage Sex Offense Lawyers.

There is a growing trend among teenagers being charged with sex offenses such as sending, receiving, and distributing child pornography. These charges are from the teens taking nude or provocative photos of themselves and texting, forwarding, or emailing them to friends. Many of these photos can also end up on social media and networking websites.

Despite your child being a juvenile, there is a chance they may be tried as an adult. If that is the case their freedom is jeopardized as is their future and academic status. If your child is being accused of sending and receiving nude photos or videos in Delaware it is very important that you call Sussex County and Kent County, Delaware Juvenile Defense Attorney Ronald D. Phillips.

In some instances, the penalties for a juvenile sex offense may be the same as an adult who is convicted of a violent sex crime such as rape. Penalties may include fines, fees, probation, possible jail time as well as mandatory sex offender registration. Many times the penalties are so harsh since these behaviors often progress into adulthood and there is a good chance that the accused may be rearrested for a felony sex crime sometime after they turn 18.

You and your child do not have to face your pending juvenile sex crime charges alone. The Delaware Criminal Lawyers at the Law Offices of Murray, Phillips & Gay will fight to protect your child’s rights by building a solid defense for their case. Contact Mr. Phillips today at 302-855-9300. You can also email Kent County Juvenile Sex Offense Attorneys.

The attorneys at the Law Offices of Murray, Phillips & Gay handle all criminal charges and criminal cases in Kent County and Sussex County, Delaware.  They also routinely defended non-Delaware residents who have been arrested while visiting or vacationing in Delaware.