Domestic Violence and Protection from Abuse 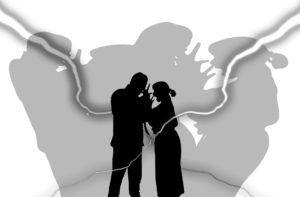 Arrests are common in cases of domestic violence, even if the violence was nothing more than a shove or a touch. The arrest can have a profound effect on your life, resulting in a criminal prosecution even in cases where your spouse does not want to press charges.

At the Law Offices of Murray, Phillips & Gay in Georgetown, we offer a free initial consultation to discuss your case and your options if you have been accused of domestic violence.

If police are called to your home following an accusation of domestic violence, they ask your spouse questions such as, “Did he push you?” and “Did he touch you?” If the answer is yes, police are required to make an arrest. From that point on, the prosecution will be controlled by the State. Your spouse won’t be able to drop charges.

Domestic violence charges may be false accusations. It’s not unusual for a spouse to accuse his or her partner of domestic violence to gain the upper hand in a divorce case.

In eight cases out of 10, the person charged with domestic violence is male. However, a female can also be charged.

Consequences of a Domestic Violence Conviction

Domestic violence is a special category of assault. While the charge is a misdemeanor, a conviction can have a very serious effect on your future. Many employers will not hire someone who has a conviction for domestic violence. You would be barred from carrying a firearm or ammunition for five years. If you are a police officer, it would mean the end of your career.

Given the consequences of a conviction, you should never plead guilty to domestic violence charges without talking to an experienced defense attorney.

Even before you are convicted of domestic violence, your spouse can seek to have you removed from the home under a protection from abuse order (sometimes referred to as a restraining order). A PFA order is a civil order that is separate from criminal assault charges.

Unfortunately, the protection from abuse process, while providing necessary protection to domestic violence victims, is also subject to being misused by someone who is merely looking to get an advantage in a custody case, wants a spouse removed from a residence or is merely being vindictive.

When someone files a protection from abuse petition, it goes before a Commissioner of the Family Court to determine if the accusation supports an immediate order. Often there is very little evidence that is presented other than the Petitioner’s allegations. This leaves the Commissioner in the difficult position of needing to decide whether the allegation sounds real enough to issue an immediate Order or simply allow the matter to be scheduled for a hearing.

If the Commissioner decides the allegations warrant an immediate order, he or she can order, among other things, that the offender or Respondent be required to leave his home, relinquish firearms and have no contact with the person claiming to be the victim or his children. The court can also issue temporary custody orders. This is called an ex parte order which means an order entered without the person having the opportunity to give their side of the story. Ex parte orders are routinely granted even though one side has not yet had the opportunity to respond.

Once a Petition for Protection From Abuse has been filed and a decision made whether to issue an ex parte order, the Petition needs to be served on the Respondent and a hearing scheduled within 10 days. In many cases, the Respondent’s first notice that he or she is being accused of abuse is when a police officer shows up on the Respondent’s doorstep, provides a copy of the order, tells them to relinquish their firearms and leave the home.

Under these circumstances, the Respondent must now prepare to defend themselves from the allegations. The amount of time to get a lawyer and prepare for the hearing is usually less than 10 days. If the Petitioner is a woman, she may also be able to get a free lawyer and has access to the Victim’s advocates. The Respondent must find their own attorney or go without one.

The process happens very quickly and can have drastic implications. When a Respondent shows up for the hearing date, they are now faced with the decision of whether to enter into a consent agreement which would become an Order, or proceed to a hearing where they can present their side of the story.

It is not like a criminal case where the allegation has to be proven beyond a reasonable doubt. In addition, the Respondent does not have the opportunity to investigate the allegations or review the evidence against them before the hearing. Yet, the Respondent must still make the choice of whether to proceed to a hearing or try to negotiate a consent agreement which a Respondent may have to live with for a year. In either event, whether it is a consent agreement signed as an Order or a finding of abuse by the Court, the Respondent faces criminal charges if the Order is violated.

If you have been accused of domestic violence or spousal abuse, we would like to meet with you in person to discuss your case. To schedule a free initial consultation, please call 302-855-9300 or fill out the contact form on this site.