Marijuana is one of the most common drugs one can be caught with in Delaware. It is known by several street names including Mary Jane, Weed, Pot, Grass, Dope, Herb, and Hash.

Possession can either be a misdemeanor or a felony depending on where you were caught with it. The severity of the charge may also depend on the amount of the drug that you were found with and whether any damage incurred due to the ingestion of drugs. Charges may also be increased for selling or intending to sell the drug (especially to a minor or on school grounds).

Being convicted of a drug crime will follow you around for years after the arrest. Your life may be hindered on many levels when you least expect it. Working with a Sussex County Narcotics Defense Lawyer will ensure that your rights are protected throughout the entire legal process. Also, having an attorney in your corner will ensure that the best possible outcome is obtained on your behalf. 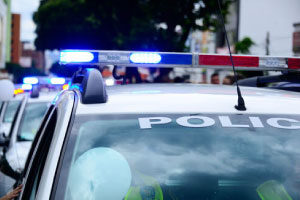 Contact the Law Offices of Murray, Phillips & Gay in Georgetown, Delaware regarding your case. We can be reached directly at 302-855-9300. You can also email us here. We will explain your rights to you and fight aggressively to defend them.

You should immediately speak with a Delaware DUI Lawyer. Our expert attorney has been defending those accused of DUI and drug crimes in Delaware for many years. Let him fight to protect your rights, reputation, and driving privileges. 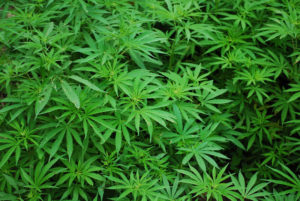 Penalties For DUI Marijuana In Delaware

A DUI conviction, even a first offense, can disrupt your life now and in the future. Upon conviction, you will face severe fines, fees, increased insurance premiums and a loss of driving privileges.

If you were found with drugs in the car at the time of the DUI arrest you will face additional charges related to the drugs such as drug possession and possession of drug paraphernalia. The consequences for these charges can be substantially more severe than the DUI charges and can involve fines, fees, community service and jail time.

Signs Of Driving Under The Influence Of Marijuana

There are several signs that can indicate that you were possibly driving under the influence of marijuana. They are:

Flaws may be found in the test accuracy. We will look for flaws such as was the marijuana medically prescribed and how long had it been since you ingested it prior to driving. We will use our in-depth knowledge of Delaware DUI Law and Delaware Marijuana Laws to devise a solid and strategic defense. Having your charges dropped or dismissed is our ultimate goal. If that cannot happen he will do our best to have the charges lessened.

Call Delaware Marijuana DUI Lawyers in the Law Offices of Murray, Phillips & Gay to discuss your case at 302-855-9300. Or, you can contact Defense Attorneys Murray, Phillips & Gay via email. You need an experienced and aggressive defense attorney who truly has your best interest in mind. Let us use our experience, knowledge, and resources to work for you.