Some crimes are more serious than others, particularly in the eyes of the law. In Delaware, a felony is the most serious type of criminal charge. It is for activity that is considered especially harmful or violent. However, if someone is not properly defended by a Criminal Defense Lawyer from Georgetown, DE, he or she may end up charged with a more serious crime than they deserve.

What is a felony in Delaware?

In Delaware, a felony offense is considered more serious than a misdemeanor offense and carries a harsher sentence, typically a minimum of one year to be served in a state prison. However, jail time can be much longer, depending on the crime’s classification and whether the crime was violent or nonviolent.

It is important for anyone charged with a felony to retain the services of a skilled criminal defense attorney who has experience in working with the local courts. It is also beneficial for the individual to understand Delaware’s crime classifications of Class A through Class G, and a criminal defense lawyer can provide the accused with more in-depth information about the classifications.

A felony is a very serious offense in Delaware. Felonies carry with them dire legal penalties if convicted. Once convicted, you will lose certain rights and liberties that you currently enjoy. Rather than facing your pending charges alone, you should consult with a Delaware Criminal Defense Lawyer.

Felony crimes in Delaware, which carry with them no maximum fine amount, are the most serious crimes and often require the harshest sentences. Class A felonies (FAV) are violent crimes, and Class A is the only felony classification in Delaware that does not include crimes of a non-violent nature. In some cases, a FAV decision can warrant a death sentence handed down by the court. Presumptive bail for this classification is typically between $40,000-$100,000 and/or incarceration ranging in time from 15 years to life.

Murder 1st Degree falls under the FAV classification in Delaware. Other crimes in this class include Hate Crime, Rape 1st Degree, Trafficking of Persons, Involuntary Servitude, and Abuse/Neglect of Infirm Adult: Death.

An individual charged with a Class C felony can expect presumptive bail to be set between $5,000-$20,000. The maximum jail time that a person convicted of a Class C felony may receive in Delaware is up to 15 years in a state prison.

Falsify Reimbursement Report is a crime that falls under Delaware’s FCN classification. Criminal Impersonation of a Police Officer w/Injury or Felonies is also included in this classification. Another example of an FCN crime is Benefit by False Representation.

The presumptive bail for a person accused with a Class D felony ranges between $2,500-$10,000. The individual can expect a maximum of up to 8 years of jail time, to be served in a state prison.

Unlawful Sexual Contact 1st Degree is an example of Delaware’s Class D Felony: Violent classification. Another crime featured in this class is Crime Against a Vulnerable Adult. Additional crimes in the FDV classification include Arson 2nd Degree, Possession of a Firearm with Altered Serial Number, and Aggravated Intimidation of Witness &/or Victim.

In Delaware, the presumptive bail for a person charged with a Class E felony is $1,000-$6,000. The individual can face a maximum jail time of up to 5 years.

Conspiracy 1st Degree is a crime that falls under Delaware’s Class E: Violent felony classification. Extortion and Carjacking 2nd Degree are also crimes that belong to this class. Other crimes in the FEV class include Sexual Extortion, Dangerous Animal: Death of Person, and Kickback Schemes.

An individual who commits the crime of Computer Offense Penalties can be charged with a Class E felony, under the FEN classification. Fail to Cease Electronic Communication is another FEN crime in Delaware. Some other crimes that are included in the FEN classification include Misrepresentation as to Operation of Provider/Facility and Misuse Computer System Information.

The maximum amount of time a person can spend in a state prison when found guilty of a Class F felony is up to 3 years. The courts can set a presumptive bail amount for this individual in the $500-$3,000 range.

A Criminal Youth Gang: Recruitment/Retention: Violence or Threat charge is a Class F felony charge of violence in the state of Delaware. Stalking is also a crime that is listed under the FFV classification. Additional crimes in this class include Vehicular Assault 1st Degree, Unlawful Sexual Contact 2nd Degree, and Promoting Suicide.

A Class G felony is punishable by up to 2 years in a state prison in Delaware. An individual charged with a Class G felony can expect a presumptive bail amount ranging between $500-$2,000.

Unlawfully Dealing with a Dangerous Weapon is a crime that falls under Delaware’s Class G: Violent felony classification. A person found guilty of the crime of Unlawful Imprisonment 1st Degree is subject to jail time of up to 2 years. Other crimes listed in the state’s FGV classification include Crime Against a Vulnerable Adult, Exploit Patient’s Resources ($1,000+), and Stalking.

Many crimes fall under Delaware’s Class G: Nonviolent classification. A person found guilty in Delaware of the crime of Tampering with Physical Evidence may receive a presumptive bail amount of $500-$2,000. Other crimes in the FGN classification are Bigamy, Theft: Motor Vehicle, and Unauthorized Computer Access.

Types Of Felonies In Delaware 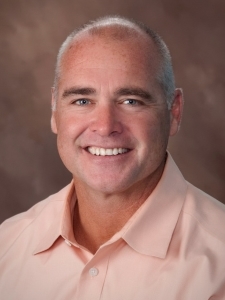 The Law Offices of Murray, Phillips, & Gay handles many types of criminal matters in Kent County, Delaware and Sussex County, Delaware. Call for a free initial consultation with an experienced attorney if you have been arrested or charged with a felony such as:

Penalties If Convicted Of A Felony In Delaware

Any felony conviction will impose legal penalties such as jail time (or prison sentencing), possible probation, house arrest, restitution to the victim(s) and heavy fines. Your academic status will be jeopardized if you are a college student living on campus. Afterward, your permanent record will be blemished and you will relinquish certain rights such as your right to vote. It may also become very difficult to find housing and employment once you are released from jail.

Delaware Prosecutors and Police are Aggressive in Pursuing Felony Charges

Delaware’s prosecutors and police are aggressive in pursuing felony charges, especially those involving heroin and other illegal drugs. Small-scale misdemeanor activity can unfairly be ramped up to a felony charge because the state failed to exercise sound judgment when assessing the crime. When someone has been charged with a felony in Delaware, he or she needs a lawyer with experience in Delaware criminal law to advocate for them. 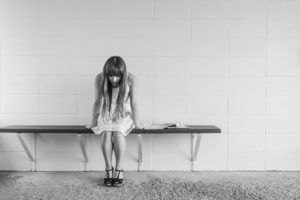 Being accused of a crime can be a stressful time in a person’s life, and it is important to find a skilled criminal defense attorney to help the individual through the legal process in Delaware and to give a voice to the accused.

Do not face your charges without skilled legal representation. Please call Georgetown Delaware Criminal Defense Lawyers in the Law Offices of Murray, Phillips & Gay to discuss your case.

No Drop-offs or Payments

By Appointment Only
Seaford, DE 19973